Vets for Trump does not trust social media

Vets for Trump does not trust social media

Vets for Trump aka Veterans for Trump give veterans a platform to share their voices in support of President Trump on any and all topics. We are not a “cult of personality” organization. Vets for Trump is about policy, not personality.  We hope for his return in 2024. Click here to read more on the About page.

Vets for Trump is not the proper channel for resolving your individual issues as veterans. Click here.

I'm not going to really say or post much about the raid on Mar-a-Lago. As I've said before, I like to wait a few days for the smoke to clear. However, I...

END_OF_DOCUMENT_TOKEN_TO_BE_REPLACED

How Many Hoaxes Do People Still Believe?

The other day I saw a Tweet by Scott Adams of Dilbert cartoon fame. He is an interesting character. He has praised the persuasion prowess of both Donald...

END_OF_DOCUMENT_TOKEN_TO_BE_REPLACED

The Cost Of Voting For Democrats #DefundDemocrats

From Joe Biden to Progressives in Congress, the cost of voting for Democrats is hard to calculate. It has cost thousands of lives and many billions of...

END_OF_DOCUMENT_TOKEN_TO_BE_REPLACED 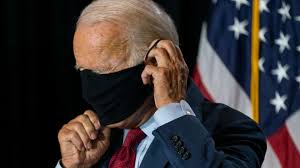 If you are a great American then you already know this story. I'm posting this so you can reference it for your hypocritical liberal friends. There are...

END_OF_DOCUMENT_TOKEN_TO_BE_REPLACED

NPR launches Disinformation Reporting team. Most of us find this hilarious. Almost as funny as the government disinformation idea. By the way, in the...

END_OF_DOCUMENT_TOKEN_TO_BE_REPLACED

Why People Say We Are Different #IdiotBrushfire

It is not the obvious lies that you need to watch for. It is the things you are inclined to believe without question. How easy is it to agree with...

Veterans, especially those with longer periods of service and those who are not globalists have supported President Trump from the beginning. Vets for Trump first supported the President to help fix the VA and to bring to a close the endless wars. Veterans have never shrunk from defending our nation. The problem comes in when the Military-Industrial Complex that President Eisenhower warned about keeps us in endless wars.

Vets for Trump did not need to wait long for President Trump to fix the VA. A promise that was made and a promise that was kept to veterans. It only took holding VA employees accountable. Veterans applauded the VA Accountability Act. Veterans also believe, in large part, that this same type of action should be applied across the government to hold government employees accountable. Imagine how great our government could be. It would run like the military.

Veterans also want the same thing our civilian population wants, safety and security to live our lives in peace. We support our police, first responders, and those who serve our local communities in various ways. As a matter of fact, many who served in the military find themselves in these occupations after leaving the service.

Veterans know that America has been taken advantage of for over 100 years. Our military has traveled the world to drive out not only our enemies but the enemies of those with who we are aligned. This has not always been in America’s best interest but Vets for Trump believes we are overall a noble nation.

Vets for Trump knows this has been a turbulent time. However, we see President Trump as the one sticking up for We The People and not Wall Street and large corporations. For some reason, this Billionaire has stood for the working man and woman. We don’t fully understand why but we simply accept it as a truth. This truth has been evident over the past years that he has served our nation.

God bless our President and the freedom-loving people of the United States of America!