All You Need To Know About Climate Change #VetsForTrump

Barack and Michelle Obama, the former U.S. president and first lady, rented a seven-bedroom home on Martha’s Vineyard this summer and decided to stay. The Obamas now have the property, with a $14.85 million price tag, under contract in a deal expected to close this month.

President Obama’s net worth is $40 million. The price of the home equals 37% of his net worth!

If he really believes the Democratic hype about “Climate Change” then he sure isn’t showing it. He is only 58 years old. Wouldn’t you buy something by a lake on a mountain if you really believed the hype?

I wonder how many others, scientists and leftist politicians have beachfront property?

Folks, this is all you really need to know about the reality of global warming or climate change.

PS If you want to see a good chart of global temperatures over the past 500 million years, below is a chart from Wikipedia. If this does not convince middle America that the Global Warming/Climate Change issue is not man-made, nothing will.

Connect with
I allow to create an account
When you login first time using a Social Login button, we collect your account public profile information shared by Social Login provider, based on your privacy settings. We also get your email address to automatically create an account for you in our website. Once your account is created, you'll be logged-in to this account.
DisagreeAgree
2
4
0
2

What happened to the Artic Sea Ice? Where did the glaciers go? Why do we havve King Tides in Southern Florida, among others? Why are so many cities spending billions on sea flood control measures? I’m not a Climate Scientist, or any kind of Scientist. I don’t have the education or experience, or the desire to acquire it. Therefore, I have to rely on the Scientific Community. Since I have never seen 100% consensus, I usually go with the predominate theory. Currently, more than 97% of Climate Scientists support the Climate Change theory of Global Warming. (This is from NASA… Read more »

Hi Jon. The keyword is “Hype”. All you need to know is Obama does not believe the “hype” himself. Neither does anyone who buys property close to the ocean believe the seas will rise at the rate the alarmists are saying. Also, please see the graphic from Wikipedia or read the entire article that is linked to.

I read both the Wikipedia and Frobes article. So What? Did the “Hype” wipe out the Artic Sea Ice? Did “Hype” melt the world glaciers? What causes the King Tides, “Hype”?
Your answer is like most deniers’ answers. You question the question you don’t answer the question. Most Denier never question the data, just the methodology.

Labels like “denier” won’t help you make your case to reasonable people. I do not deny anything. Please let me know where I denied anything in the post. You are likely jumping to conclusions because of your opinion of Trump supporters. The fact still remains that President Obama does not believe his house will be underwater anytime soon. I suppose you could say Obama is the denier. Fifteen million is 37% of his total value called net assets. Net assets or value does not mean he has 40 million cash on hand. It means if he sold everything he had… Read more »

My apologises, I did not intend t call you a denier. I only meant that your answer sounds like the ones from some deniers.
As for the 97% of scientists suport this, the article on the Skeptical Sciencw’s websight gives a good explanation of what this means.
https://skepticalscience.com/global-warming-scientific-consensus-intermediate.htm 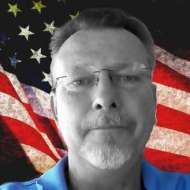