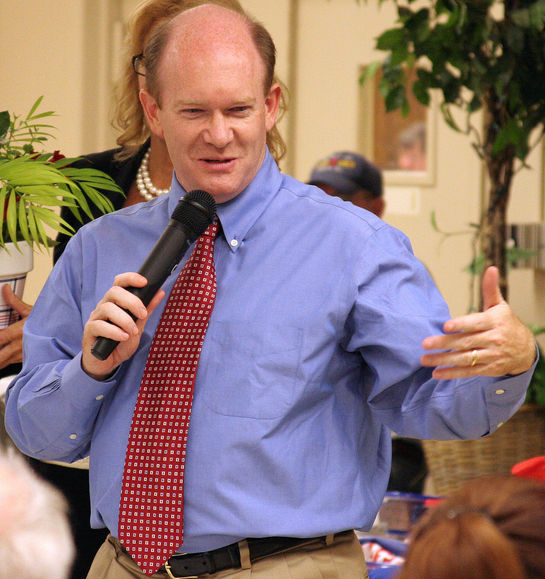 If you did not catch it Chris Coons appeared on The Story with Martha MacCallum tonight. Martha asked him a hypothetical question. “If the shoe were on the other foot and Hillary Clinton was President and Trump was running against her as the Republican nominee, would you advise her to fill the Supreme Court seat?”

It is always dangerous to answer hypothetical questions but he did. His long winded answer, as is typical of politicians, was he would! His reasoning was based on all the significant things that would be coming before the Supreme Court in coming months.

There it is, you have your bombshell of the week. The reason it is a bombshell is Chris Coons sits on the very Senate Judiciary Committee that is instrumental in this decision. Now, how will he vote when the time comes. I can already guess.

I know there are hypocrites on all sides of this issue. At least Chris Coons is being honest about it. I’m sure he and Chuck Schumer will be having a little talk about openly admitting this.

Wow, a Democrat would do his job. Amazing. Now if we could only get the GOP to.

I agree Jon. The Republican party has time and again shrugged their obligation to keep the animus displayed by the Demoturd party in check, instead bowing to their Demoturd colleagues as if in deference to the Demoturd total lack of respect for Constitutionality. It’s time they STEP UP and #FillThatSeat .