Dems Get Tough On Russia & More 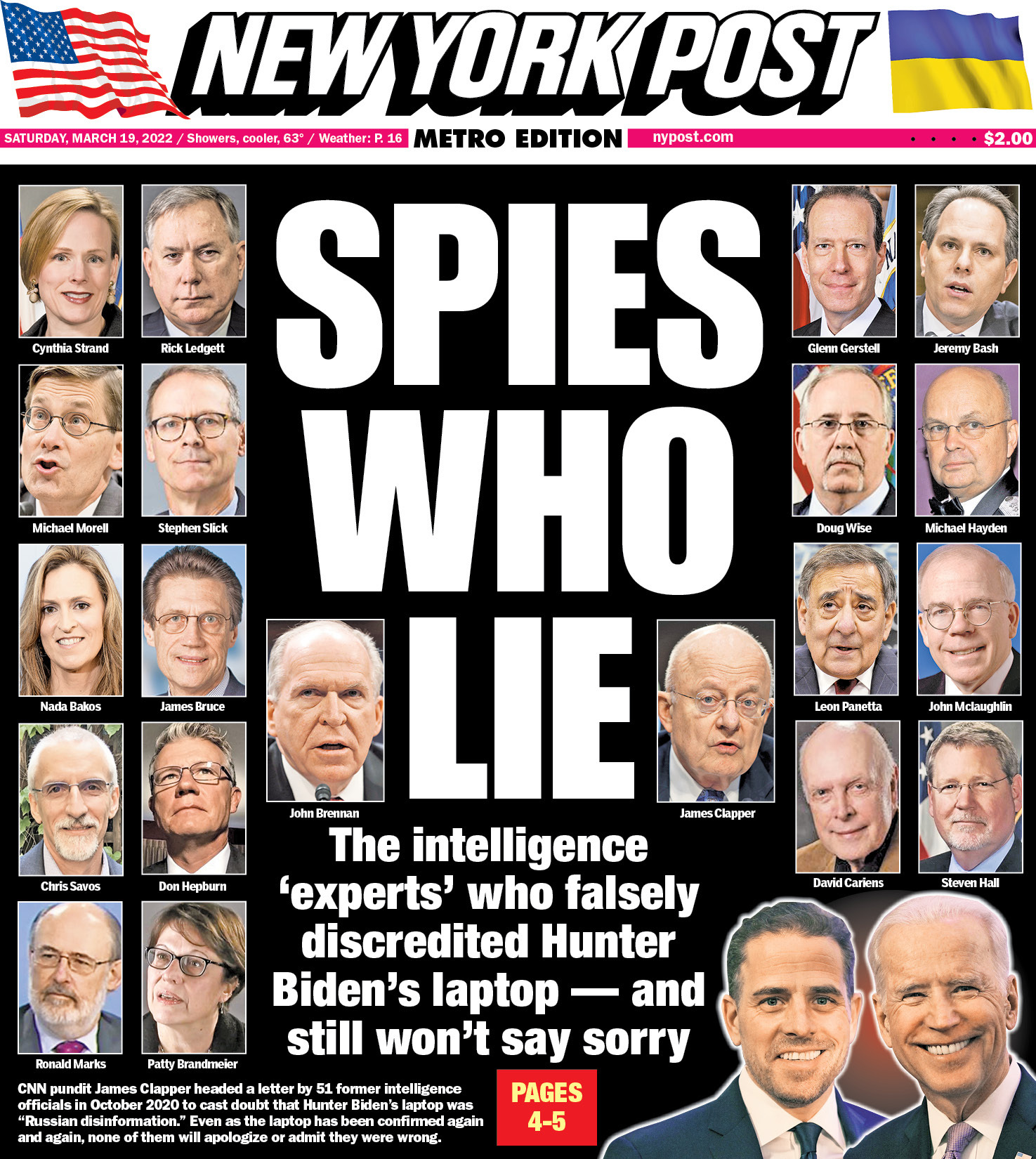 The Democrat Party is getting very tough on Russia. Not only have they sanctioned them, following the lead of major U.S. businesses, they now refuse to outsource election rigging to them!

A spokesman for Hillary Clinton’s campaign said “Between us and the DNC we only shelled out 9.2 million for the lies linking Trump to Russia. We only did this to undermine the American election system, not to overthrow the legitimate government. We know it is not billions but we are doing what we can and will only pay Ukraine for future disinformation.”

A spokesman for the DNC’s more than 50 former intel agents that signed the letter stating the Hunter laptop was likely Russian disinformation insisted “No money changed hands with Russia. Hunter never paid us on behalf of the Russians. He mumbled under his breath: ‘That rat bastard! He could have paid us with Chinese money….’ We only hope to get paid for jobs with the Main Stream Media as disinformation specialists. We just never thought the New York Times would expose us!”

Their spokesman continued to remind Americans that the letter never said it was Russian disinformation. They clearly stated in the letter: “If we are right, this is Russia trying to influence how Americans vote in this election, and we believe strongly that Americans need to be aware of this.” Their spokesman went on to say: “If you trust the intel community to be ‘right’ it is on you!”

He also pointed to a May 2021 Washington Examiner article where Marc Polymeropoulos, a former senior operations officer for the CIA, told the Washington Examiner: “The key point I would clearly reinforce is that we never stated that the laptop issue was a Russian ‘disinformation’ operation, but rather that it had all the hallmarks of a Russian ‘information’ operation. There is a very big difference in the intelligence world.”

Meanwhile, an angry spokesman for the information arm of the DNC, Big Tech said: “We didn’t have to squash the story about Joe Biden’s involvement with Hunter’s influence-peddling. Who needs Russia when we have China? We can swing the election without them or the MSM! Who do you think runs this country anyway? We are only one generation away from world domination!”

Back at the White House, Joe Biden was seen eating his favorite ice cream flavor, chocolate chip. Vets for Trump spokesman Mike Kelly said: “I  finally found something Joe Biden and I agree on.”

And now more from Babylon Bee

hello, mike I thank you for your service. I have been forwarding you articles about the West Los Angeles Veterans administration

This one was simply satire and humor. 🙂

Where did that quote from HRC’s spokesperson come from?

Jon, I answered you by posting another article. See here.