How Will Biden Answer #VetsForTrump 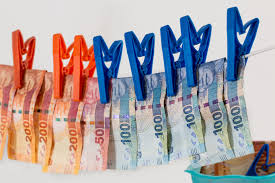 I just saw Stephanie Rawlings-Blake – former Baltimore Mayor and Biden surrogate on Americas Newsroom. She was asked how she thought Joe Biden would respond when Trump calls him out on his corruption at tonight’s debate. Her answer stunned me. She simply claimed Russian disinformation. I would then ask her why the FBI seized Hunter Biden’s computer and classified it as a “money laundering” investigation. The only one’s claiming this story is Russian disinformation is Social Media and other Democrat affiliates like CNN, MSNBC, NYT, WAPO, etc. Neither Joe nor Hunter Biden is saying this is not his laptop or the emails are not real.

To put this in context today’s breaking news is that Hunter Biden’s former CEO, Tony Bobulinski who is also a fellow veteran, has told the truth about what was going on. You likely know that but here is the link in case our readers on the left haven’t heard. Below are a couple of quotes from the referenced article.

“I’ve seen Vice President Biden saying he never talked to Hunter about his business. I’ve seen firsthand that that’s not true, because it wasn’t just Hunter’s business, they said they were putting the Biden family name and its legacy on the line,” Bobulinski said.

“The Biden family aggressively leveraged the Biden family name to make millions of dollars from foreign entities even though some were from communist controlled China,” he added.

Back to Stephanie’s answer. We know many countries are involved in disinformation including our own. That is politics today. A liberal friend recently asked me how anyone can know the truth anymore. I admit, it takes paying attention and having a good mental ability to sort the Shit from the Shinola.

For those of us in the know, we understand that the Russian disinformation claim the left is making is not true in this case. Only the mindless, brainwashed masses would really believe that. I’m not saying Stephanie believes it. She could be simply lying. So, what will Joe do tonight? If he takes this tactic he will lose anyone with a reasonable mind. Sadly, there are few reasonable people left.

I talk to liberals as I’ve mentioned before. I even call them friends. However, as a lay student of human behavior, I’m always analyzing what causes people to be deluded. First, let’s examine their views. Here are just a couple of their replies when confronted with the truth.

“Well, I guess it is just going to be voting for the lesser of two evils.”

“Old stuff. We need Ivanka and Jared to comment.”

“Trump has investments in China and paid them more taxes than the U.S. one year.”

These are comments from what I normally call “reasonable Democrats” who are friends. Not only are they friends, but I would also say they are intelligent people in most other areas of life, except politics and American history. I will give my quick reply to each objection listed above so you can see how reason works.

If the lesser of the two evils is corruption versus a big meany who puts America first, I will pick the big meany.

The “Old stuff” is wrong because it just broke on the news today. That’s an excuse that was not given much thought. Comparing Ivanka and Jared who are successful people to a drug-addicted guy who couldn’t get a job running a McDonald’s is nonsensical. PS I feel bad for Hunter and all drug and alcohol addicts without judgment. It is just sad. Another thing to note is this is a comment from a guy who escaped a corrupt Communist country. Very sad.

If something from FOX News or Republicans is fake news what does one call the years of lying by Democrats, CNN, MSNBC and other mainstream media outlets tell you? Somebody is either telling the truth or not. How can you deny first-hand testimony from a guy who was right there in the middle of all this? I believe we call this “delusion.”

The “doesn’t matter” thing is Nihilism. It is also the mindset that is behind Antifa, BLM and other anarchist groups. That is a slippery slope.

Trump was a businessman doing business around the world. I would expect him to pay foreign tax. Hell, I’m not rich and I pay foreign tax. Not more than American tax but I’m sure Trump does not do his own taxes. It is a team of lawyers and tax experts that you and I could never afford. There is no comparison between legitimate business and outright corruption.

So there you have it. This is how great empires collapse. It is almost always the people accepting corruption as the norm. Don’t complain to me when you get the country you vote for. All one needs to do is look at our city’s to see where the Democrat party and corruption takes us.

The enemy within are the “useful idots” propagandized in public schools and universities and brainwashed by biased media.