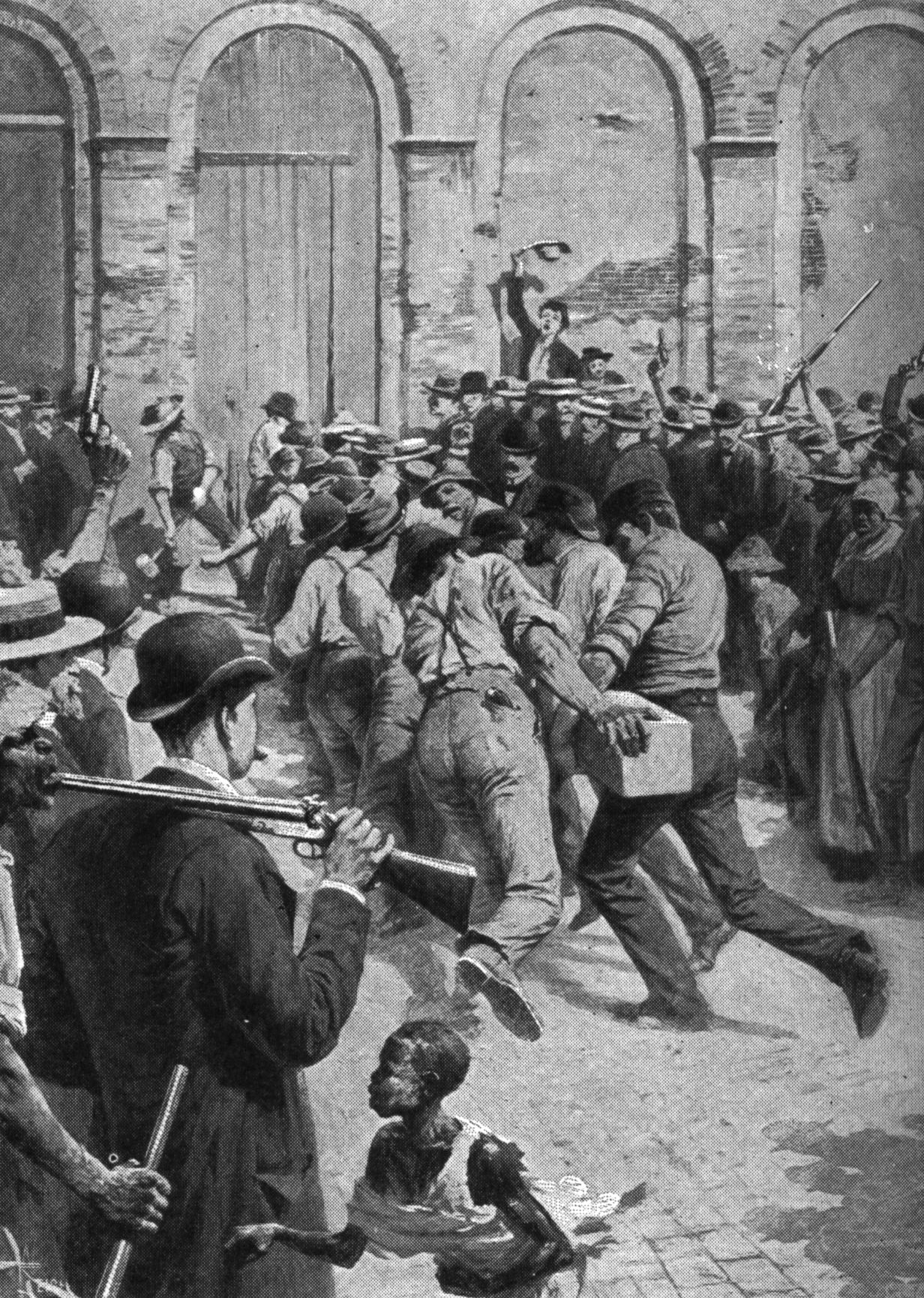 Image by Wikipedia: An episode of the lynching of the Italians in New Orleans in 1891 after the murder of police chief David Hennessy. The citizens breaking down the door of the parish prison with the beam brought there the night before for that purpose.

Here we go again. The lead story on most “news” stations and websites is about President Trump using the word “lynching” in a tweet to describe the Impeachment push by the Democratic Party mob. I’m greatly disappointed in all media outlets including FOX News.

Again, I refer all our readers back to the post on Confirmation Bias. This will be a recurring theme. Hopefully, our readers will not get tired of me walking everyone through my process.

The first step is to look up the actual meaning of the word “lynching” so we don’t get it wrong. Here it is:

to put to death, especially by hanging, by mob action and without legal authority.

I also checked multiple web dictionaries. Britannica goes deeper. Here is the origin of the word from Britannica:

Charles Lynch (1736–96), a Virginia planter and justice of the peace who, during the American Revolution, headed an irregular court formed to punish loyalists.

So, the origin of the word had to do with punishing loyalists around the American Revolution. At the time it had ZERO to do with black slaves. The practice itself is linked to medieval Germany. Britannica goes on to include the statistics.

Notice that is between 1882 and 1951. If you consider the origin of the word was during the American Revolution the number of whites lynched may have been more than blacks. Accurate records were not kept. If you consider the practice goes back to medieval Germany the numbers of whites lynched were definitely more than blacks.
When it comes to lynchings the Democrats are famous for that. We do well to remember that the Southern Slave Owners and KKK were Democrats and the Republican Party was formed to fight slave owners in the Civil War.
Justice Clarence Thomas, nominated by President George H.W. Bush, famously called out Democrat Senators for a “high-tech lynching” during his Supreme Court nomination and confirmation. A majority of Democrats voted against the African American Supreme Court nominee.

In all, Thomas won with the support of 41 Republicans and 11 Democrats, while 46 Democrats and 2 Republicans voted to reject his nomination

President Trump was obviously using the term as a reference to the unfair mob that has been trying to kick him out of office since he was elected. This is similar to the meaning Clarence Thomas was referring to during his nomination process. I’ve often seen the attacks against Trump as a mob or group-think crowd of people.
Regular people are NOT going to fall for this. We know what President Trump meant by using the word “lynching”. It doesn’t mean anything more than the dictionary definition. Anything more is in the imagination of the accuser.
0 0 votes
Article Rating

When your argument lacks credibility or the fiber needed to sway opinion, then the next step is to focus on ‘feelings’ and/or sentiment. The democrats are hemorrhaging credibility and have NOTHING LEFT on which to build their argument(s). Thus, the semantic argument designed to draw peoples EMOTIONS into the fray. No worries! We fans of common sense and rationality are aware that this is just another ‘crybaby fest’ conducted by the democrats designed to move the needle toward the democrat party and undermine this presidency. Personally, I’m HAPPY that they’re focusing on this BS! While they’re occupied with tugging at… Read more »