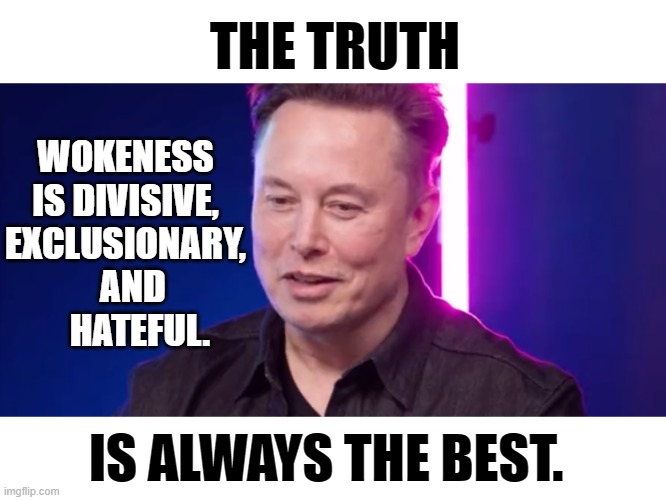 Musk backs out of Twitter deal. – Twitter is like a fight club for people who don’t want to get hit – Jimmy Failla. To further paraphrase, they loved Musk before he tried to buy Twitter, they hated him while he was buying it, and now they hate him because he is not buying it. What makes it so funny is that everyone freaking out is driving a Tesla. The idea that half the people on Twitter are bots is a relief. I don’t want to believe there are that many crazy people in the world. Elon doesn’t care. He is going to build a rocket and move to Mars.

When Musk announced he was going to buy the employees at Twitter were like a bunch of 19-year-olds whose parents were about to come home. They started to clean up their act. Suddenly conservatives gained tons of followers until they realized he wasn’t serious. Now they’re back to banning people like Jordan Peterson.

The left had their panties in a bunch for a while. They were complaining that free speech on Twitter might allow conservatives to win more elections. They even worried that Musk might do to the left what Twitter had done to the right. For example, covering up the Biden laptop story swung the vote 10 to 15% in Biden’s direction. Talk about election interference! I don’t think Musk would do to the left what Twitter did to the right. He would not silence Putin or Biden as he is a free speech absolutist.

Now for the lefties that compared what happened on Twitter to war, they have no clue. I would love to see those woke folks try to fire a gun let alone engage in real combat. Words are not bullets people! Your keyboard or smartphone is not going to explode and leave you bloody and damaged on a battlefield. I’m reminded of this Geico commercial starring R. Lee