We lost one of our own 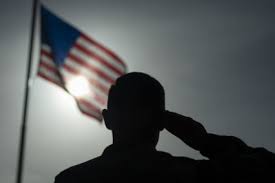 Reading Time: 2 minutes
We lost a Sister yesterday. A forteen year veteran of the Air Force was shot in the US Capitol Building yesterday and she lost her life from the injury.
Why?
There is no legitimate justification for civil VIOLENCE. Peaceful civil disobedience? Sure. Justified and applauded.
When BLM/ANTIFA burned and looted cities this summer, that was wrong.
When citizens stormed the Capitol and physically “broke in” and destroyed property, that too was wrong.
Now we have 14 year veteran of the Air Force from San Diego who is dead because she was among those who “stormed the Capitol”.
America is a Representative Republic. Part of the allure of our great nation is the process of peaceful transfer of power after our elections. From Mayor to President and all elected offices in between, we accept the will of the people as determined by their vote.
Do you remember the Justice Kavanaugh nomination and Senate hearing? Do you remember the four year investigation into “Russian Collussion”? Based on opposition reasearch by a political opponent? We’ve learned that many of our most trusted institutions were actually complicit in the fraud of that investigation that led to virtually nothing. So what happens when citizens endure multiple years of degrading their faith in the duly elected government?  There are many other examples of partisan bickering dressed up as righteous when it was nothing more than political kabuki theater. But that political posturing had the effect in degrading our trust in government!
What happens when 47 percent of Americans (Rasmussen poll) believe that the election outcome was affected/determined by FRAUD?
You get yesterday. I do not condone, I do not embrace, I do not accept this manifestation of the frustration of our citizens. I do understand it.
I do not know what happened in several other states that had disputed election results. I DO know what happened in Pennsyvania, where I live.  Governor Wolf and the Pennsylvania Supreme Court eviscerated Act 77, the law that allowed “mail in” voting. They behaved unlawfully. They illegally created new law, when ONLY the people’s representatives, the Pennsylvania Legislature, has the authority to create law. Where does the citizenry go for redress when those responsible to uphold the law are the very ones violating the law?
You get what happened yesterday in Washington.
Let this be the warning alarm. Let this be our collective “wake up” call. We cannot afford to ignore those burning down Minneapolis, nor can we ignore those who “stormed the capitol” yesterday. Both must live and coexist in our great nation. And there is room for BOTH, but there is no room for the violence from either.
There is no guarantee that our Representative Republic will survive and thrive. It will, if we work at it. It will, if we collectively work together and we follow the Constitution of our Commonwealth and our Nation.
It will not, if government doesn’t follow the laws of men duly elected as representatives of the people!
We, as Veterans, understand this better than most. Those of us who have sacrificed and suffered in defense of this great nation understand why the citizens faith in our government is critical. We must be the leaders in our communities to make sure that we educate others on why violence is not the answer. We’ve experienced the violence. In this experience, we know that there MUST be an alternative. There must be a peaceful way. Those trained to be defenders know that violence must be the last resort. Prepared? Sure. Ready to defend the Constitution? Absolutely. Condone violence in the streets? NEVER!!!
5 5 votes
Article Rating

I salute you for this article.

Peaceful protests are futile when you’re up against self-righteous, left-wing Democrats and a corporate media that blocks American patriots when they speak out for Truth, Justice and Trump, yet allow leftists to continually trash the President and the military and the police. That’s when frustration boils over and people vent their anger with violence. There are times in the history of nations when revolution is the only way to regain rights and freedom.

I have been sickened by the violent Mob Mentality of the Left in Portland, Seattle, Minneapolis, and the list goes on and on. Burning, brick throwing, stealing, recluse Mobs of criminals (who get reported on as Peaceful Protestors). Bull Shit. When pissed of Trump Loyalists finally get mad and have had enough, they are violent, militant, dangerous, etc. I heard the “News” yesterday. “This is not who we are, we handle things through the courts”. Really?????? You are so full of shit and i apologize for my language but I am upset. What are we to do? Lay down and… Read more »