When is Enough Enough? #VetsForTrump 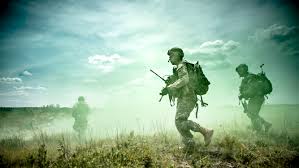 I recently read in the New York Times that two more American soldiers were killed in Afghanistan by a roadside bomb. My first thought was what a tragedy this was for those two soldiers and that Father in Heaven will bless them for being true to the oath they took to defend their nation.

My next thought was, why does this continue to happen and for what purpose?

In an article in the Washington Postdated Dec 9, 2019, Craig Whitlock writes,

“We were devoid of a fundamental understanding of Afghanistan — we didn’t know what we were doing,” Douglas Lute, a three-star Army general who served as the White House’s Afghan war czar during the Bush and Obama administrations, told government interviewers in 2015. He added: “What are we trying to do here? We didn’t have the foggiest notion of what we were undertaking.”

“If the American people knew the magnitude of this dysfunction . . . 2,400 lives lost,” Lute added, blaming the deaths of U.S. military personnel on bureaucratic breakdowns among Congress, the Pentagon and the State Department. “Who will say this was in vain?”

So my question to the great thinkers in Washington, are we beginning to leave and if not, when do we start? Enough is enough of the loss of human life and the life’s blood of our nation. As a veteran, I hope all veterans will stand with me on this issue and start telling their representatives to work on accomplishing this now instead of ranting endlessly about losing an election. Enough is enough! Do something for the citizens, for a change.

Bush did not pay attention to the ?hundreds? of other times Afghanistan was invaded? How successful were they? Afghanistan has been a black hole for invaders practically forever. Russia’s experiences should have shown us that the sailing would not be smooth. But at least there was a valid reason for trying, unlike the invasion of Iraq.