When I grew up a country was a particular culture you identified with. Meaning you lived in that country geographically, you accepted their values, traditions, and justice system. I guess now we have some politicians who are preaching the song and dance of global society similar to the popular series of Star Trek society. They try to a avert the reality that a Star Trek society would consist of a reasonable and educated earth population whose vision was in the line of peace and prosperity for all. That will never happen soon because of the usurpers of democracy, like Iran, China, North Korea, and Cuba/Venezuela. Unfortunately, we must account for these untrustworthy countries actions and their elitist leaders.

We as a nation first can start cleaning this nation of its crooked connected society who isolate themselves for their special needs using their fame, money and leftist leaning media connections They should stop playing politics with the general United States population and think what good for the Nation and not for their hidden agenda. Outlandish ideals formulated by these career politicians in the past have shown that Socialism, Communism, and Fascism have brought disastrous results with millions of lives destroyed and a host rebuilding of nations, would make you rethink your logic.

Folks if not for Greek Natural law and Judaea thinking,supported by Americans spirit to succeed , we as a nation would not have existed as free and open society The elitist class of people which got caught up on the on-going college scandal, is a strong indicator of the amount of influence they have to corrupt Americans values and morals. Yet we have some career politicians like Elizabeth Warren blatantly running for the highest position in the U.S.. She must think that the U.S. citizens are dumb. How many Affirmative Action Programs, that she benefited from in order to receive preferences as a Native American student and pprofessor.-This has to have immeasurable costs to the U.S. taxpayers. How many other rich and famous, have swindled their way into Ivey League Colleges. You draw your own conclusions. 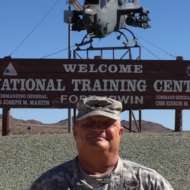