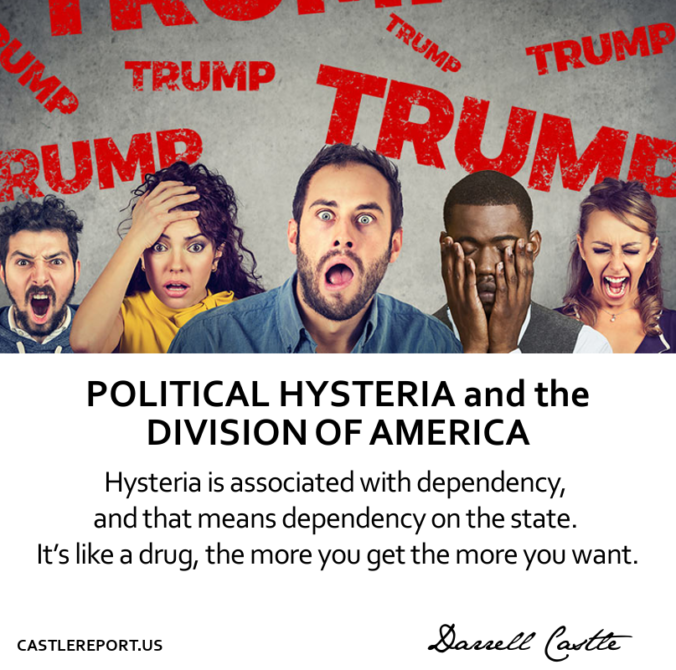 After a very long and exhausting wait, the Democrats finally make a movement to impeaching the President.

The general rule for politics and Washington D.C. is that it can never hurt to be too cynical when looking at sensational stories like this one. We’re dealing with incompetent but equally devious people when we speak of the Washington establishment. You know whatever they’re doing it is probably bad for us normal people. Especially now that mainstream Democrats are dropping terms like “impeachment” and “investigations” once again.

Deep state operators like Nancy Pelosi, who has spent a considerable portion of her life in the swamp, you know she’s up to something crafty. With Pelosi moving towards impeachment, publicly, the Democrats cannot hide their new WOKE political agenda largely at the expense of the American working class.

We can take one out of the leftist playbook here and start asking what they never want the American People to ask: Who? Whom? Who does this benefit, and whom is being harmed? The Dems are trying to set up the strongest challenger they can in 2020.

With Elizabeth Warren surging in the polls and Joe Biden not being ‘progressive’ enough for the WOKE Wing, the Democrats are looking towards Warren as the nominee. Polling is suggesting that it is becoming a two-candidate race. Bringing the world’s attention to the Biden family pay-to-play Ukraine scheme and Crowdstrike, Biden will be ripped apart by the media.

Impeachment rhetoric opens the door for a Warren nomination if she can take advantage of this opportunity. It also continues the lurching of the Democratic Party leftwards.

Navy SEAL Robert O’Neil commented on Twitter that Pelosi falling into a trap by coming out strongly against President Trump here, for impeachment. He’s probably right. However, she’s springing the impeachment ambush so that the stronger candidate, Warren, can overtake Biden here. But our attention will be focused on Biden while the Democrats rally support around Warren.

The attacker advantage occurs when breakthrough, outflanking, or envelopment happens. Not during the initial assault. Like in World War II, often the attacker suffers catastrophic casualties in order to punch through the lines. The Democrats are basically sacrificing a two-term Vice President and elder statesmen in a period of weak Democrat leadership. Veterans know this and we should be telling our friends to keep an eye out for whatever flanking maneuver the Democrats are trying to pull here.

A tactical victory is no substitute for accomplishing our strategic objective: America First.

So Trump did nothing wrong when he extorted Ukraine? How is that justifiable?

So President Trump di nothing wrong when he extorted Uraine? How is that proper?

The only hysteria I see is coming out of Spankys mouth