TDS – It Is Not Entirely Your Fault #VetsForTrump 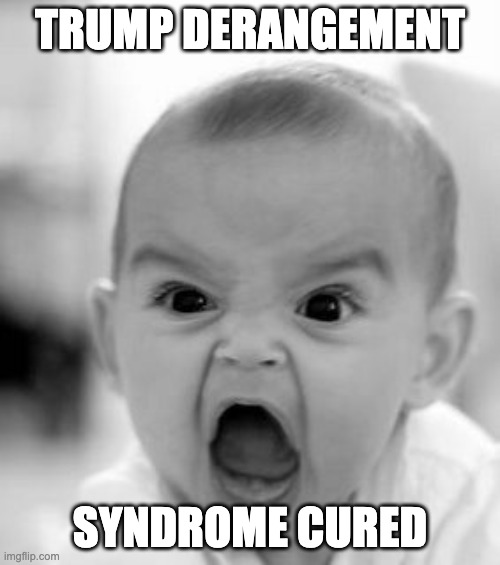 Note: News cycles move quickly. So fast that we often leave the important things in the past. Of all the news stories in the past two weeks, what acting DNI Grenell declassified was the most important. That is the classified testimony of Obama administration and intel heads. It is so important I am going to copy this to a page rather than a post so it does not get forgotten.

To all of you out there that suffer or suffered from Trump Derangement Syndrom, it is not entirely your fault! We now know, thanks to Acting DNI Grenell, that all the talking heads that were anti-Trump were lying to you for years. There is no penalty for lying to the public on television, radio, and websites. There is a potential penalty for lying under oath. Admittedly the potential for a penalty is higher if you support an America first view. It is much lower if you are part of the deep state (DC establishment).

One, of many, examples is disgraced Air Force Lt General James Clapper. Not only did he commit perjury when asked: “Does the NSA collect any type of data at all on millions, or hundreds of millions of Americans?” There was no ambiguity or confusion and Clapper responded, “No, sir. … Not wittingly.” That was a lie and Clapper knew it when he said it. He could have avoided telling a lie simply by saying the answer to that was classified and complicated. Instead, he decided to perjure himself.

Clapper also testified differently about Trump behind closed doors compared to his routine talking points as a paid CNN contributor. During a July 2017 House Intelligence Committee classified hearing, Clapper said that he “never saw any direct empirical evidence that the Trump campaign or someone in it was plotting [or] conspiring with the Russians to meddle with the election.”

Clapper never thought his classified secret testimony would become public. He felt he was free to lie to the American public all day long for years on TV. In this 29 May 2018 YouTube video, we learn why Clapper was fired. He refused to tell the truth about President Trump. All Trump asked him to do was set the record straight about the phony Russian dossier. Clapper knew the dossier was phony at the time Trump asked him to set the record straight. To quote Paul R. Gregory

A cursory examination of the Steele Dossier should have convinced the CIA or the FBI that it was fake news. Any residual doubt would have vanished after learning that its author, Christopher Steele, was an opposition researcher paid by the Democrats to dig up dirt on Trump. That our most sophisticated government officials acted as if the Dossier were legitimate leads to only one conclusion. They were a knowing and willing part of the Democratic and media smear of a presidential contender, and then president, that paralyzed U.S. politics for three years.

PS Clapper still works for CNN lying to the public every day!

The list of people holding formerly respected positions, Brennan, Comey, McCabe, etc who say one thing under oath and another on TV and their Social Media is exhausting.

Think about all the lies that you have been fed by Brennan, Clapper, Comey, McCabe, Yates, and dozens of others. Who were the hosts and promoters of these liars? Every left-leaning so-called news organization. For years those of us who can see bullshit tried to warn you. However, many, if not most who suffer from TDS did not want to hear it. In turn, you developed an actual psychological disorder. Do not be angry with those of us who told you the truth.

Can you be cured of Trump Derangement Syndrome? Let’s ask two simple questions. Which describes you best?

If you fall into category 2 here is the cure. The only way to shake TDS is to admit the truth. The truth will set you free. However, you must be honest enough with yourself that you are willing to face facts. Do not watch the news or get your news from Social Media. Here is a good place to start getting your news. All Sides. You can compare headlines from the Left, Center and Right. At least that way you know the general bias of each headline. If you are not better in 3 months please consult with a professional.

But what about FEELINGS, MSgt? Don’t they have any ‘say so’ in the matter? XD

LOL, Emotions eradicate skills. We all have them but they must be kept under control. You and I know that from long term military service. I always loved this Geico commercial. It says it all.

Could not agree more. Loved the choices that reveal personality.
I want to believe.
I want to know the truth.