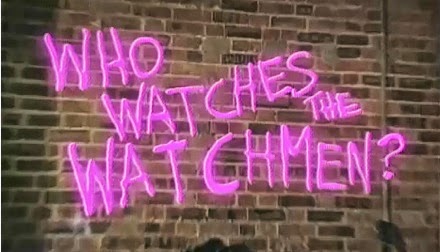 The old question “Who is watching the watchers?” was on full display yesterday. The news media was once the watchdog. Now, too often, it is the criminal the watchdog is looking to catch. Rather than informing, “news” is promoting. Vets for Trump goal is to fight extremes on both sides. Mostly against the far left. Occasionally against the far right.

Yesterday,13 Apr 20,  President Trump dropped a montage in the media’s face. What was once the purview of the media is found on the web. Everyone now has access to video footage. The media forgot that their words are now open for every President to playback to them. Like spoiled little brats, they cried “not fair” as Trump held up the mirror. I have to admit I’m loving this turn of events.

As I spoke with a fellow veteran today I recalled something. Our children have no clue what news is. They have grown up with a 24-hour propaganda commentary machine on TV and the web. The machine is vying for precious advertising dollars. That revenue is generated by the number of eyeballs and ears. Too bad those eyeballs and ears have fewer brain cells attached than they once did. It’s not our kid’s fault. They are victims of extremists masquerading as news media. Politically correct thinking has replaced rational thought. Then they all get on Social Media and pool their collective ignorance.

Without surprise, the mainstream media lost its collective mind after Trump showed this video proving the media was lying. I found it funny that the voice on the video defending Trump was a NY Times employee who says her words were used out of context. The point she missed was her words were used in context for the purpose Trump wanted. As a friend puts it, Trump is playing 3D Chess while the media plays checkers.

Oddly, the headlines were not as bad as usual today. Why? Since Trump called them out using their own words on the video they are now stuck. If they make a big deal about it they are exposed. Everyone will want to know what Trump’s video showed. If the public sees the video they will understand the propaganda they have been fed.

Here are just a few headlines & chyrons that made it.

Wounded by media scrutiny, Trump turned a briefing into a presidential tantrum ~ The Guardian

Here are the CNN chyrons as shown by RealClearPolitics.com.

“TRUMP REFUSES TO ACKNOWLEDGE ANY MISTAKES”

Below is the video from yesterday’s briefing if you missed it. Do the adjectives the so-called news chyrons and headlines use reflect truth or opinion? If anyone is “melting down” or having a “tantrum” it is the media, boohoo.

By the way, notice Fauci’s response to the news about his comments on Sunday. Also notice at the very end, a reporter asks him if he is doing this voluntarily. The look of disgust on Fauci’s face about the question is priceless. His answer was “Everything I do is voluntary. Please, don’t even imply that.” then he gives the reporter the look of disdain. Both Fauci and Birx have had to correct the record. Rather than calling it Fake News they simply use words like inaccurate, incorrect or false. Fauci, Birx and others are getting a taste of what President Trump goes through.

I am curious. Do you hope all future Presidents use montages to hold the media accountable?

Seeing that the media has become so weaponized and crafted into such a tool to create public opinion, I think it would be a travesty for future presidents to NOT use montages to hold them accountable. By any and all means, every sitting POTUS from President Trump forward should use actual timelines and factual evidence to ensure that the MSM is held accountable from now on. They (the MSM) have proven themselves to be the ENEMY of the people and should NEVER be trusted again. Maybe there should be a Board of Media Accountability (BOMA) created. They could be given… Read more »

Thanks for your thoughts, Micheal. I wonder about forming a Board of Media Accountability. Wouldn’t something like that run the same risk of becoming corrupt or at least being accused of corruption? Looking at this from both sides, left and right, I’m thinking it should be up to the President’s team (of either party) to set the record straight using montages. I know that videos of people saying things can be skewed if cut at the right point. However, it is then up to the other side to put it in full context. Heck, I would be happy if all… Read more »