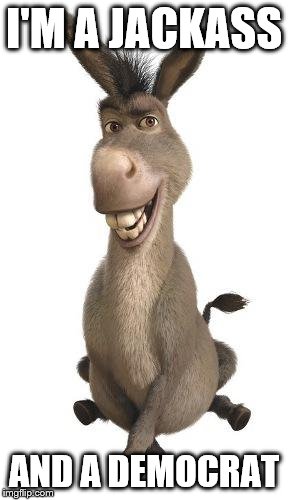 Joe Biden is a proven leader of the Democratic machine and much about nothing career politician who is about to run for president. Wow, while in political office Biden has encountered issues of corruption, stupid exclamations, double standards for Democrats, and abusive blanket policies during his service in political office.

Now there is a struggle between the spirit of the Democratic Party, which by the way is not the same party of my parents. There ideal of government is a pure excuse of a political party and John F Kennedy probably inside shaking in his grave There ideals are more destructive than bullets aimed at a crowd of people. Open borders, sanctuary.cities, Green plan, Medicare for all, Me too movement, and the abolishment of the Electoral college.

Is more government the answer? Solutions with ridiculous costs that would make the certainty of spiritual and financial slavery especially in the middle class.  The Democrats are so confused, that their double standards now have crept up on their former Vice President  Biden. Many feel why should we need another old white man career machine politician who has never served his country, except as an aimless politician.

Supposedly the Washington insider gets it and is mindful of his style. I get it too, I have a President who cares about Americans, using his intelligence and accomplishments from a business sense, to benefit all.

Double standards? You mean like not caring if Trump groping women and bragging about? How about chants of Lock Her Up? What about declaring SOME Muslims may not enter the USA, but leaving open the ONE Country, that has supplied almost all of the Foreign Terrorist, How about Trump using a PERSONAL Cell Phone that is unsecured? How about complaining about Obama taking too many golf trips?
Need anymore?

No one who supports Trump can complain about double standards in the Democratic Party.