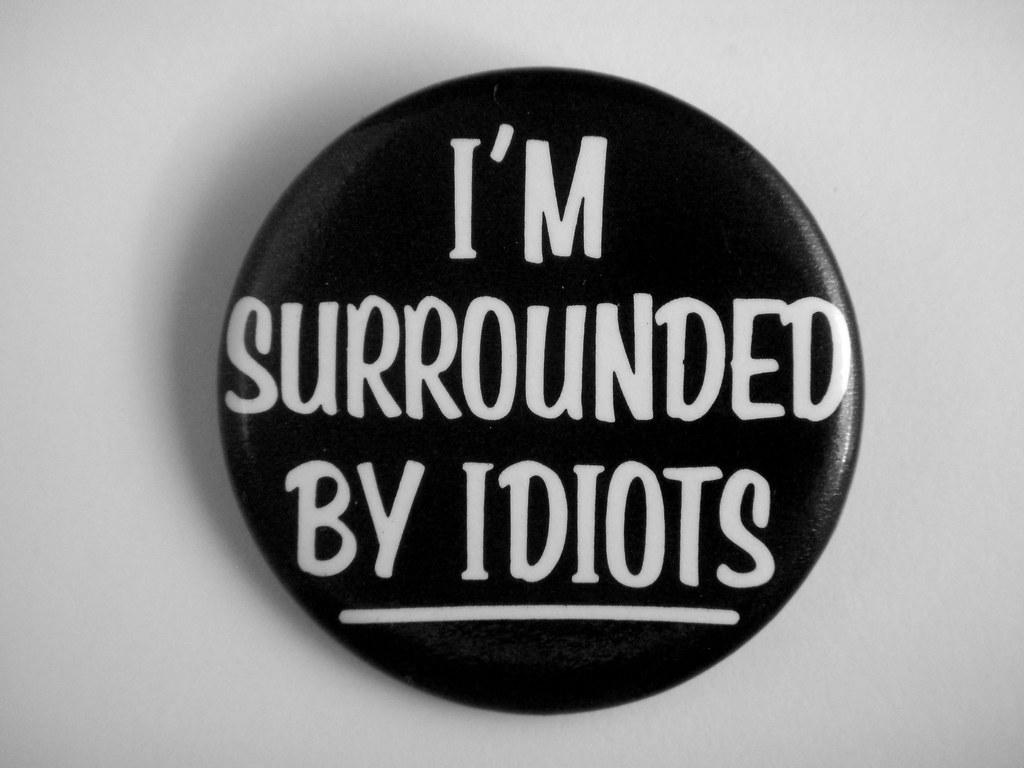 I laughed long and hard at Jesse Watters rant on The Five using the term “Idiot brushfire”.  Jesse explained a common predicament clear thinking Americans encounter when battling idiotic ideas. I had to listen to this a few times since I laughed so hard during the first part of his rant I couldn’t hear the rest of it.

While Jesse’s point is funny as all get out, his point at the end is actually very serious. A common mistake clear thinking people make is arguing with idiots and going too far to the other extreme. We look like idiots when we argue with idiots. However, if you do not answer foolish ideas the fools believe their own idiotic ideas and they spread. Hence, the term Idiot Brushfire.

This exact thing is discussed in the book of Proverbs. It is a double edged sword!

Proverbs 26:4 Do not answer a fool according to his folly, Or you will also be like him.

However, the next verse says this:

Proverbs 26:5 Answer a fool as his folly deserves, That he not be wise in his own eyes.

This passage sets forth a paradox of sorts. Argue with an idiot and you can look like an idiot yourself. Don’t argue with an idiot and their stupid ideas will seem wise to them and will spread. There are currently no better examples of this than the Democrats saying walls don’t work, walls are immoral and the Green New Deal.

Idiot brushfires start in today’s news programs, newspapers and social media. If you are a Fox News watcher try watching CNN or any other TV news program. It is enough to make your brain hurt. Just think, there are millions of people who watch this stuff and nod their heads while we shake our heads. The education system has surely failed the left.

We truly are surrounded by fools. We have a lot of work to do in order to educate our friends and neighbors. The temptation is to hit them with the same attitude they throw at us. However, the best approach is to calmly present the facts and shame them in public so others may learn.