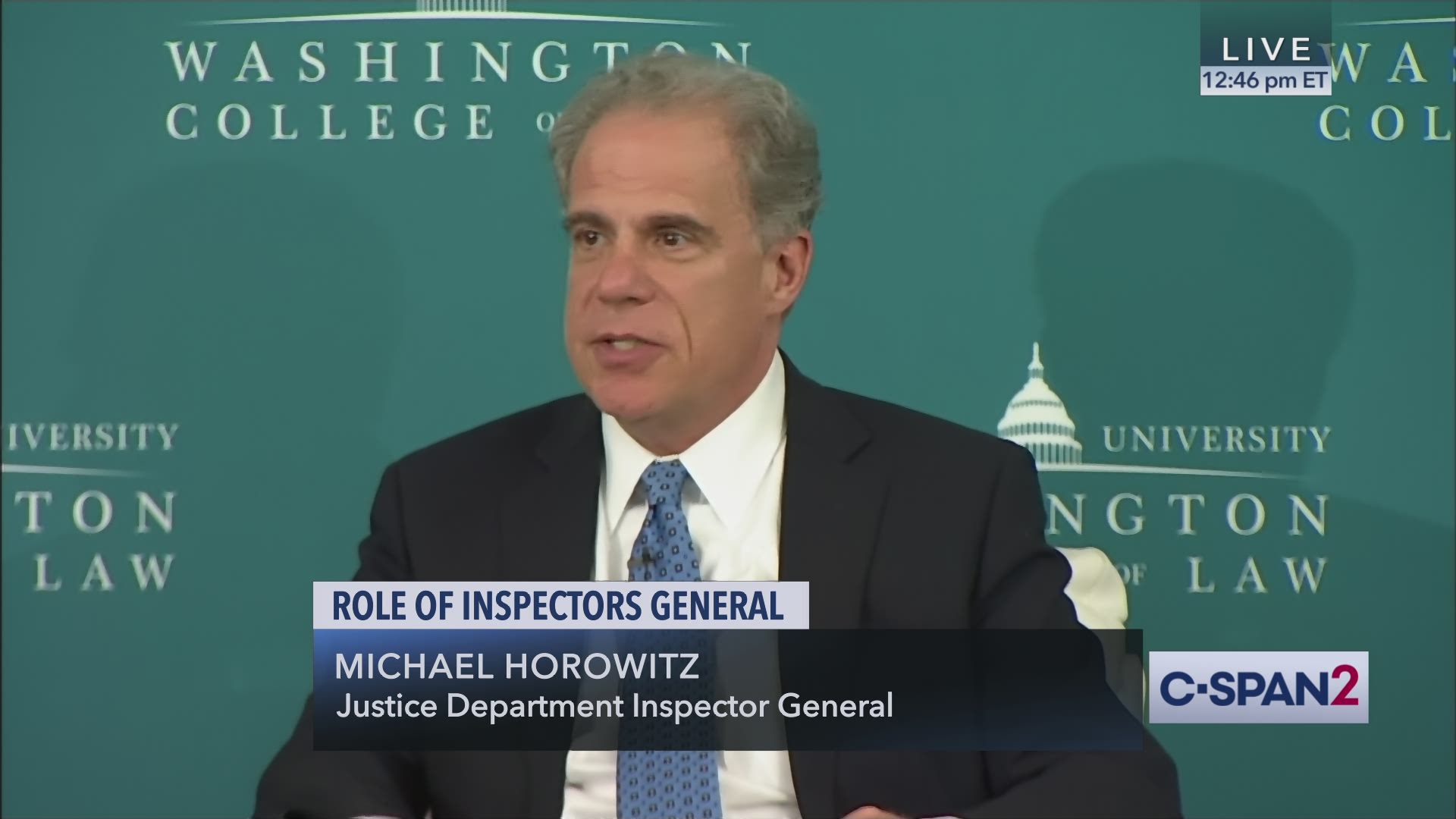 Warning: This post may contain ideas and uncomfortable facts that are offensive to some. If you hate Trump more than you love your country read at your own risk.

The Horowitz Report and Testimony on Wednesday was an embarrassing moment for all the Trump haters. If you did not get a chance to watch the testimony or at the very least the opening statement by Lindsey Graham you should. CNN, MSNBC, and the rest of the media spin is the first thing he addressed. For those who want to review the entire Horowitz report, I have uploaded it to this link on our server. If you or anyone is going to comment on this they should use either the actual testimony of Horowitz or quote the actual report.

On Wednesday we received a comment from one of our regular readers Jon B. Here is his comment.

Funny, the IG did an investigation into FBI bias. They found none! Actually, they found bias against HRC.

Why Jon links to an article written by Andrew McCarthy on the IG report released in June 2018 is beyond me. I linked to that article in a post back in June 2018. I did so because it actually points out the exact opposite of what Jon is trying to say about bias. To Jon’s second point about the FBI wanting to investigate the Clinton Foundation, I will concede. Anyone looking at the two would have to see a clear probable cause for looking into the Clinton Foundation versus what started the investigation into Trump. Even if both were based on bias, two wrongs would not make a right. The Clinton Foundation was a point of contention back in 2009. See Wikipedia.

Jon is like so many who watch CNN and other media outlets. They get a very left-wing biased point of view. If it seems bad for Trump they swallow things hook, line, and sinker. The problem Jon and others have is confirmation bias, which I have written about in the past. The truth is the IG never said what Jon is quoting him as saying. It is a twist on what the IG report says. Below is a quote from McCarthy about the 2018 IG report and is pertinent in relation to the IG report released this week.

The report (2018) acknowledges that contempt for Trump was pervasive among several of the top FBI and DOJ officials making decisions about the investigation. So this deep-seated bias must have affected the decision-making, right? Well, the report concludes, who really knows? ~ ANDREW C. MCCARTHY in a post back in June 2018

Below is the isolated quote from the Horowitz Report released this week that is at the heart of the media bias.

We concluded that Priestap’s exercise of discretion in opening the investigation was in compliance with Department and FBI policies, and we did not find documentary or testimonial evidence that political bias or improper motivation influenced his decision.

What does that mean? Horowitz is only talking about the opening of the investigation into Trump. It also means there is no written record where anyone says they are doing this for political reasons. In addition, it means nobody was dumb enough to admit they did something for political reasons.

We must also note what Horowitz actually said when questioned by the Senate on Wednesday the 11th of December.

Later in the hearing, when asked by Sen. Patrick Leahy, D-Vt., about the lack of evidence of political bias in the Russia probe, Horowitz made clear that this finding pertained more to the initiation of the investigation, not everything that happened afterward.

“It gets murkier, the question gets more challenging, senator, when you get to the FISA,” Horowitz said.

If you were in the military any length of time you went through an IG Inspection that resulted in an IG Report. It is a paperwork check and performance check to make sure you are complying with all relevant Regulations, Technical Orders and etc. Those of us with multiple experiences know we double-checked our paperwork and records to make sure there were no discrepancies. In other words, we had ample opportunity beforehand to scrub our mistakes. We also rehearsed giving proper short answers to the IG Inspector. The key was to not offer them anything more than the minimum they required.

The bad news is you cannot hide certain things. It is hard to believe that there were 17 errors that all went against Trump and a changed email by an FBI lawyer and there was no bias. There are only two possible conclusions. They are either examples of the Keystone Cops or they are biased. Horowitz could not prove the bias so they must be the most inept people in the world. Nobody believes that.

The FBI knew the IG was coming and likely went through the same thing we did in the military. First, correct and scrub all your paperwork. That’s where they always start. Second, have your story straight ahead of time. Anticipate questions that might get you in trouble and do not offer one word more than required. Therefore, from my perspective, it is not odd that the IG wrote what he did.

Just like a military IG inspection the FBI probably follows the same procedures during an IG visit. Scrub documents, say little and deny any wrongdoing if suggested by the IG Inspector. Bias could only be uncovered by the FBI failing to scrub a document or getting an actual confession that a party acted based on political bias. That is very hard to prove.

The Horowitz report is long and detailed. It is not a criminal investigation just like a military IG Inspector report. However, in both military IG and FBI IG reports the potential exists to uncover things that could lead to a referral to the DOJ. That has happened in the case of the FBI attorney that changed the email that could have stopped all this long ago. If that one email had not been altered to say the reverse of what it originally did we could have saved millions of dollars and years of our lives with time wasted on this whole conspiracy about Trump.

MSGT Kelly , you are wasting your precious time trying to convince demorat activists and Trump haters that this impeachment is a demorat fraud and a coup, orchestrated by the likes of Trump Hating, wannabe Socialists, Communists, and Seditonists. Led by the Unholy Trinity of James Clapper NSA (who perjured himself before Congress about NSA not listening in on everyday Americans); John “Al Qudz” Brennan CIA, whose first presidential vote in 1984 went to Gus Hall a Communist Party USA candidate for president; and James ” Snitch Bitch” Comey, FBI. Lest we Veterans for Trump forget, the face of and… Read more »

Pearls of wisdom, if there ever were any. I wholeheartedly concur Navyman Norm. It has become rather obvious over time that those deeply entrenched in their beliefs of ‘Orange man bad’ will NEVER have their minds changed because before that can happen, one must have the COURAGE, the WISDOM, and most importantly the WILL to seek truth even if it goes against their own desires. The ability to actually ACKNOWLEDGE said truth is another story altogether. Personally, I feel that most of these poor souls (if not ALL of them) have a subconscious that tells them how wrong they are… Read more »