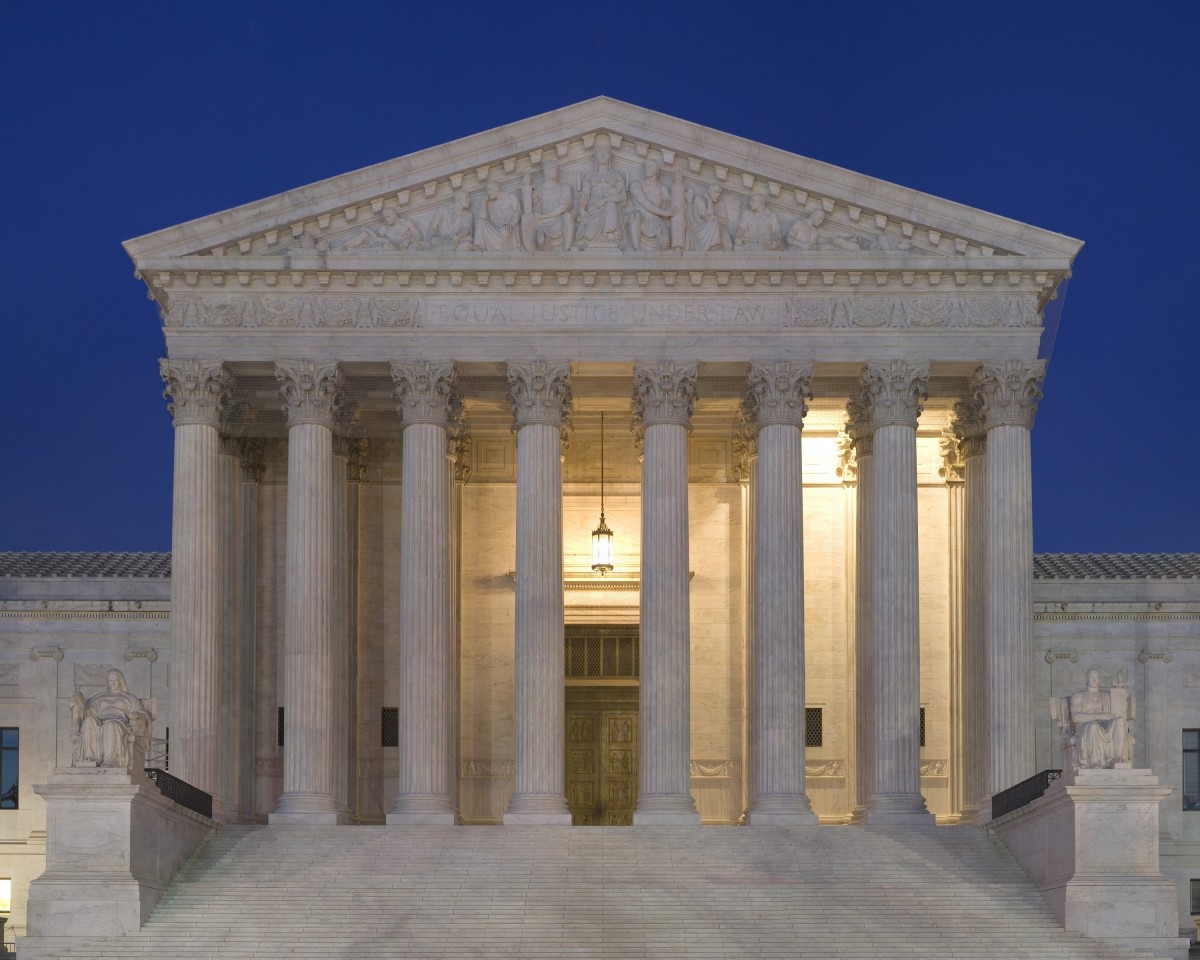 That was a comment/question from one of our leftist readers and commenters. This comment was made in reference to a link I provided to a Mark Levin J.D. discussion on Real Clear Politics. Yes, you can say Doctor Mark Levin if you prefer but he does not seem hung up on titles. 🙂 The Levin article is a long one so I do not know where our commenter is coming from exactly when he asks the question. In the particular case of Levin’s article on the problems with Pennsylvania and the Constitution, the Supreme Court has not yet decided to hear it one way or another. See this link.

The short general answer to the question/comment is not exactly, the Supreme Court renders opinions. These opinions have the weight of the law. Very few Supreme Court opinions are unanimous. This is why I said in my original article that law and truth should never be confused. Sometimes law contains truth but most often it is an opinion, especially when applied to the Supreme Court. In the original article, I mentioned the OJ Simpson murders as an example. It’s hard to believe that trial was 25 years ago. While 95 million Americans watched it on TV many leftists are too young to remember how it all went down. That model might not have been the best example when discussing Supreme Court opinions.

More to the point, there are enough horrendous Supreme Court opinions to fill a book.

One of the most famous cases is Dred Scott v. Sanford (1857), often simply said as Dred Scott. That Supreme Court opinion was not overruled by subsequent decisions but was made void by the Thirteenth and Fourteenth Amendments to the Constitution. Here are several quotes from Wikipedia:

Plessy v. Ferguson (1896) The Court’s famous “separate but equal” ruling upheld state segregation laws. In doing so, the Court made sure that the gains of the post-Civil War reconstruction era were quickly replaced by decades of Jim Crow laws.

Buck v Bell (1927). In an 8-1 decision written by Justice Oliver Wendell Holmes, the Court upheld the forced sterilization of those with intellectual disabilities “for the protection and health of the state.” Justice Holmes ruled that “society can prevent those who are manifestly unfit from continuing their kind” and ended the opinion by declaring that “three generations of imbeciles are enough.” Surprisingly, this opinion still stands as U.S. law today.

Korematsu v. United States (1944) The Supreme Court upheld the internment of Japanese Americans during World War II, finding that the need to protect against espionage outweighed the individual rights of American citizens.

There are many, many more examples and also examples of a “catch 22” in relation to laws brought to the Federal Supreme Court. For example, you must have “standing” in order for the Supreme Court to hear a case. That means there must be a party that has suffered to get heard before the court. In the Pennsylvania case referenced in the Levin article, the argument against it has been they should have brought the case before the election. However, that was impossible because there was no standing. Nobody had yet been hurt before the election. In other words, bring the lawsuit too early and you have no standing. Bring it after the fact and they tell you that you should have brought the lawsuit before. You can’t win.

We see a similar thing in criminal courts. A person can tell you they are going to kill you. If there are no other witnesses or corroboration it cannot even be called a “terroristic threat”. Neither the police nor the courts can take action until you are killed. In this case, too bad, you are dead. In the Pennsylvania case above, too bad, the election is over.

If you thought the Supreme Court Determined Constitutionality you were off target. It may render an opinion. Those opinions are often flawed and seldom unanimous. The courts can and have changed their opinions by overruling decisions. However, the Supreme Court must first agree to hear a case before it can render an opinion. In the case, Mark Levin is referencing the court has not heard the case and may never.

The rational way of viewing the Constitution is “it says what it says”. The interpretation and application is the only thing the Supreme Court should be involved with. The courts should not be in the business of creating law, only interpreting it. Again, these are all imperfect. No system is perfect so let’s not pretend like it is. When things are unclear they require a Constitutional Amendment. That has always been difficult but in today’s hyper-partisan country it is even harder to achieve.

I want to close by reiterating that law and truth are two separate concepts. Both have separately been argued for millennia. Over 2,000 years ago Pilot asked Jesus: “What is truth?” Obviously, it was a point of contention in that day. I submit they will be argued as long as man is involved. Your reasonable thoughts are welcome!

Thank you for taking the time to read Karl. I’ll share a funny story. related to “Professor Kelly.” A new young Captain came to our unit. All new aircrew had to come through our shop. We take their name and other info while we get them fitted up for their survival gear & scheduled for their survival training refresher classes. It takes several hours. I simply introduced myself as Mike. After all, my last name was on my uniform and rank was obvious. When I needed him to move to one spot or another I would call him by his… Read more »