Is Memorial Day Past History? #VetsForTrump

The American Public is suffocating from having a majority of leftists in academia,a biased media and socialists ,who say they are democratic. Unfortunately the majority of these people believe that they are smarter than the generations of leaders/followers in dealing with the past events throughout American History. They would erase our past, rather than use its knowledge as a power and learning experience to prevent it from happening again.
On Memorial Day we pay homage to our gallant military, and patriots who made the ultimate sacrifice for keeping the United States a Democracy, which is imposed by law, promised by the US Constitution and secured by the social requirement of its elected government representatives. It strives for what is good for its people and not just for its affiliates.
Look first to those past patriots,  whose bleeding footprints that stretched  from the snow of Valley Forge, to the shores of Pearl Harbor, the jungles of Vietnam and the sands and mountains of the Middle East.
We as a free people had to fight for those ideas in which we believe in. Democracy in this country’s shall prevail and that liberty and its ideology shall not perish as long as we follow the foundation of our past and look to protect its future.
At the end of the day, as Americans we should be able to speak our minds, without violence, because of the ultimate sacrifice made by these patriots to insure our freedoms.
LTC Michael “Goose”Bogmenko Ret. USAR 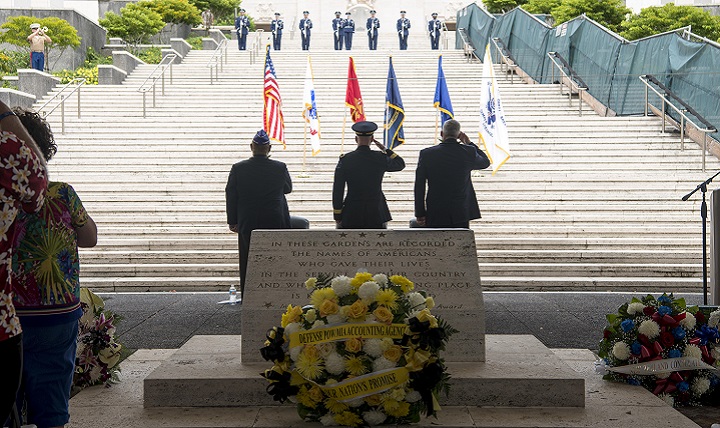