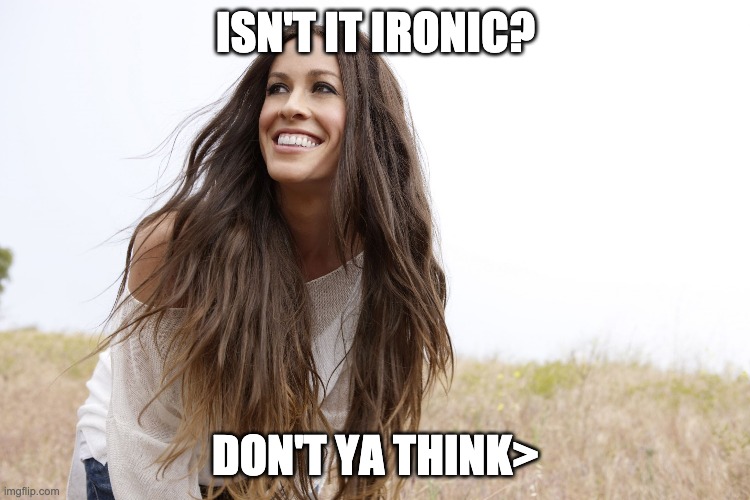 Elizabeth Warren claimed sexism as one of the reasons she had to drop out of the Democrat Primary. Isn’t it ironic that the majority of Democrat voters are women?

Isn’t it ironic how those who hate billionaires use their stuff?

Bernie Sanders says he wants to get rid of all billionaires. That means Google, Facebook, iPhones & other Apple products along with hundreds of other things you love will be wiped out of existence. No more inventions for our future at all. At least not from the United States. It also means the loss of millions of jobs.

There should be no billionaires. We are going to tax their extreme wealth and invest in working people. ~ Bernie Sanders

Isn’t it ironic how the Democrats hate old white men being in charge but are voting for a mentally feeble white old man? At least our guy is orange! 🙂

Democrats (aka Washington Post etc) said Trump would destroy America’s economy but they want to elect Joe Biden? Poor Joe cannot even remember where he is, what day it is, who he is talking to or what he said. Obama’s Defense Secretary says Joe has been wrong on nearly every foreign policy decision over the past 40 years.

Biden has “been wrong on nearly every major foreign policy and national security issue over the past four decades.”

Isn’t it ironic that Democrats claim Trump is a racist but he enjoys more than double the approval President Bush had?

Democrats accuse Trump of being a racist. However, Trump enjoys an unheard of 34% approval rating among black voters. And a January Gallup poll reported a 14 percent increase in satisfaction over race relations among Americans.

While he captured just 8 percent of the black vote in 2016, recent polls suggest things could be different this time around.

In November, an Emerson poll reported a 34.5 percent approval rating among black voters, and a January Gallup poll reported a 14 percent increase in satisfaction over race relations among Americans.

Isn’t it ironic how the left accuses Trump of things they are guilty of?

Democrats say Trump has trashed our Constitution, put himself ABOVE the law. However, the Democrats want to get rid of the First and Second Amendments to the Constitution. Biden would put Beto in charge of his gun policy. Beto already said he would take legally owned AR-15’s etc by force.  President Trump signed an executive order protecting freedom of speech on college campuses, against the Democrats that want to squash Free Speech.

President Trump on Thursday signed an executive order to promote free speech on college campuses by threatening colleges with the loss of federal research funding if they do not protect those rights.

The ‘victim mentality’ is alive and well and is evident throughout the DNC. I often wonder if these scum will EVER take responsibility for their own failures. It’s so sad to see those who are supposed to be grown adult men and women act like children. Tsk, tsk.