Splitting Hairs ~ or How to Choose? #VetsForTrump 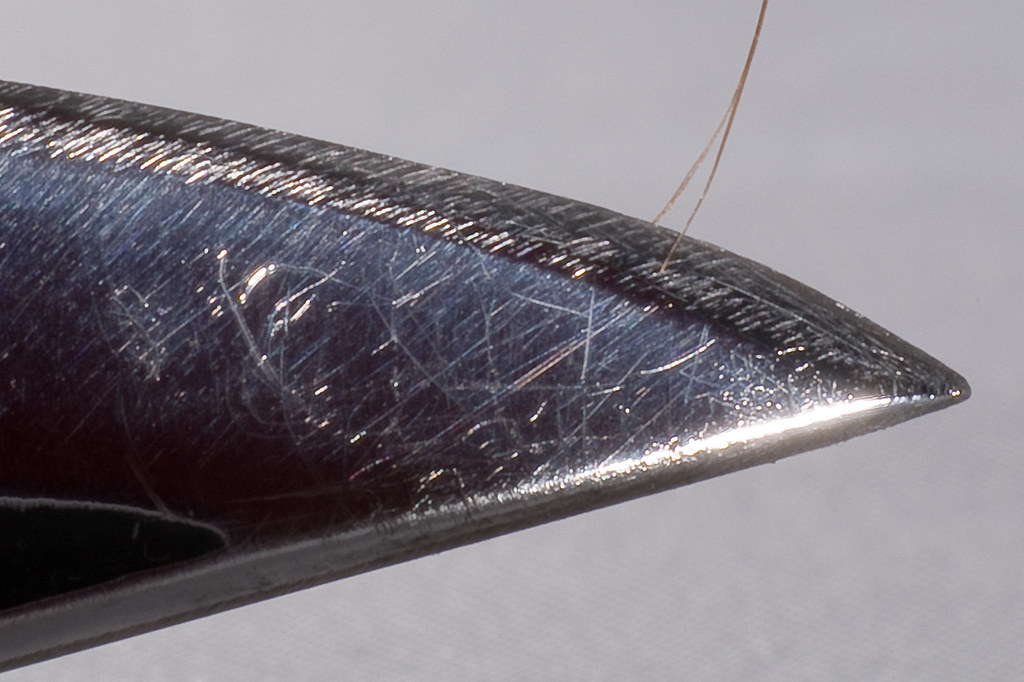 Vets For Trump is aware of the impact that elections have on our nation. Obviously, elections have consequences (a phrase originally coined by former President Obama) and many have eloquently quoted this term after the 2016 Presidential election. If it is true that elections have consequences (trust us, it is) then one must be vigilant and pay attention to elections when candidates are chosen by the respective political parties during the Primary election process, as well as become active and involved during the general election process when our Representatives are actually elected.

Thus, it is in our collective best interest to make sure that candidates selected for office reflect our values and support President Trump’s agenda.

This brings us to the upcoming election for the Republican candidate in Pennsylvania’s 8th District. The incumbent Representative is Democrat Matt Cartwright.  Cartwright ran for re-election to the U.S. House and won in the general election in 2018. Cartwright had been originally elected to Pennsylvania’s 17th Congressional District in 2012.

There are several candidates who have announced their intention to run for election as the Republican challenger in April 2020, to challenge Cartwright in the general election in November. It is critical that Representative Cartwright is replaced with a Representative who will support President Trump and his “America First” agenda. Two of these candidates are Veterans of the military.

At Vets for Trump, we believe that Veterans understand the unique sacrifice made by those who served in our military. Veterans understand the life and death nature of the decision to put our military in harm’s way. We expect that Veterans understand that having taken that Oath of Service, that the responsibility of that Oath never expires. Thus, when a deserving Veteran chooses to run for office, we try to review those veterans with the idea of an endorsement for the Veteran and his/her campaign. This is righteous since they are our “Brothers/Sisters” and understand the nature of our service, the promises made to those who serve, and the nature of that “blank check” each Veteran writes for an amount “up to and potentially including their very life”. This understanding is important, especially when determining when and where to deploy America’s military into dangerous places throughout the world.

There are two decorated Veterans in this Republican Primary election, Ted Daniels, and Earl Granville. Daniels is a successful entrepreneur and a 15-year retired police veteran and a decorated infantry combat soldier who was injured on the battlefield in Afghanistan in 2012 fighting the Taliban. Earl Granville likewise is a decorated combat Veteran. Granville served in Operation Iraqi Freedom in 2002 with the Pennsylvania National Guard where he was injured in an Improvised Explosive Device (IED) while on a mission to build a school in the Paktia Province.

To complicate the primary election in Pennsylvania’s 8th District, there is a Non-Veteran candidate, Jim Bognet, who recently resigned his position as a Trump appointee with an executive branch US government agency dedicated to supporting American job creation, exports, and manufacturing. Bognet previously worked for US Senator Rick Santorum and US Representative Lou Barletta. Bognet obviously is also a strong and staunch supporter of President Trump.

There are other candidates in the Republican Primary election in April as well.

So, what is the BEST course of action to follow when the Primary election could go in several different directions and there are multiple qualified candidates who are vying to oppose an elected Representative who is an obvious detractor of the President? Perhaps the BEST course of action is to not endorse a candidate at all … until the people have spoken and the Pro-Trump candidate is on the ballot for the General Election? There is good reason to support this course of action. However, what if the candidate selected is not a supporter of the President’s agenda? Well then, it would be beneficial to endorse the candidate who is likely to support the President and has the best chance of being elected. Elect-ability, while not being primary criteria, should certainly be evaluated, otherwise, the outcome of the general election would be a foregone conclusion.

At Veterans for Trump we are predisposed to support military Veterans. That is, those who have shared the burden, understand the sacrifice, and live by the warrior code. Thus our Brothers-in-Arms, Earl Granville and Ted Daniels are the preferred Candidates for the Primary election to oppose Representative Cartwright in the General election. But the candidacy of Mr. Bognet presents another candidate who would clearly be a better US Representative for the 8th US District of Pennsylvania over Cartwright.

If we had to endorse, our endorsement would likely be earned by Teddy Daniels, a Brother who served honorably in the Infantry and brings experience in Law Enforcement and as an entrepreneur. A review of his position on National Defense, Healthcare, the 2nd Amendment, Securing our Border, Protecting Life, and support for Term Limits finds us supporting his position on these many issues. Additionally, he represents his agenda as “Pro-America and Pro-Trump”. We couldn’t agree more!

Earl Granville earns our respect as a combat Veteran. He has indeed sacrificed for our great nation. An evaluation of his resume finds it to be a bit “thin” and while his work in support of Veterans (especially his PTSD advocacy)  is noteworthy, we find ourselves wanting for a more complete policy agenda from Mr. Granville. We also believe that “elect-ability” might be a weakness for Mr. Granville.

Finally, we also find that Jim Bognet would be a fine candidate to oppose the “Trump-hating” elected representative Matt Cartwright, but as noted, Mr. Bognet is not a Veteran. Are we “biased” towards supporting Veterans for elected office? You bet your A$$ we are!

So there you have our summary of the upcoming election in the north-east part of Pennsylvania represented as the 8th Congressional District of Pennsylvania. We encourage our members and followers to get involved. Don’t let an incumbent Representative who appears so “out of step” with his district, a man who adamantly opposes President Trump and his “America First” agenda. Choose YOUR favored candidate and work to get that individual elected!

We here in Alabama are soon to face an interesting (and similar) conundrum as well. Do we vote for Jeff Sessions and place him BACK into the senate or do we go with Bradley Byrne who has PROVEN himself to be an ally to President Trump? There’s also Judge Moore who was politically ‘assassinated’ in 2017 by a group of women who after claiming that he made unwelcome sexual advances toward them, quietly disappeared back into the fabric of society. He’s running again too. The only thing I can tell my fellow veterans to do when faced with this dilemma… Read more »

And comes now this hopeless, vicious buffoon, and the audience of equally hopeless and vicious buffoons who laughed and cheered when he made sport of a woman whose lasting memory of the trauma she suffered is the laughter of the perpetrators. Now he comes, a man swathed in scandal, with no interest beyond what he can put in his pocket and what he can put over on a universe of suckers, and he does something like this while occupying an office that we gave him, and while endowed with a public trust that he dishonors every day he wakes up… Read more »

Well that’s one of the MANY beautiful things about this country. People are free to spew bulls**t rhetoric, regardless of how imbecilic it proves them to be. The man takes no salary. He’s genuine and he isn’t afraid to step on the sensitive ‘feelings’ that so many idiots consider to be of paramount importance. Still, it’s quite amusing to witness the level of derangement the ‘NeverTrumpers’ seem to be so anxious to display. Please PJ, KEEP TOSSING OUT YOUR DRIVEL! It’s incredibly rewarding knowing that one single man can have such an emotive effect on the mentally challenged. Cheers! 😉… Read more »