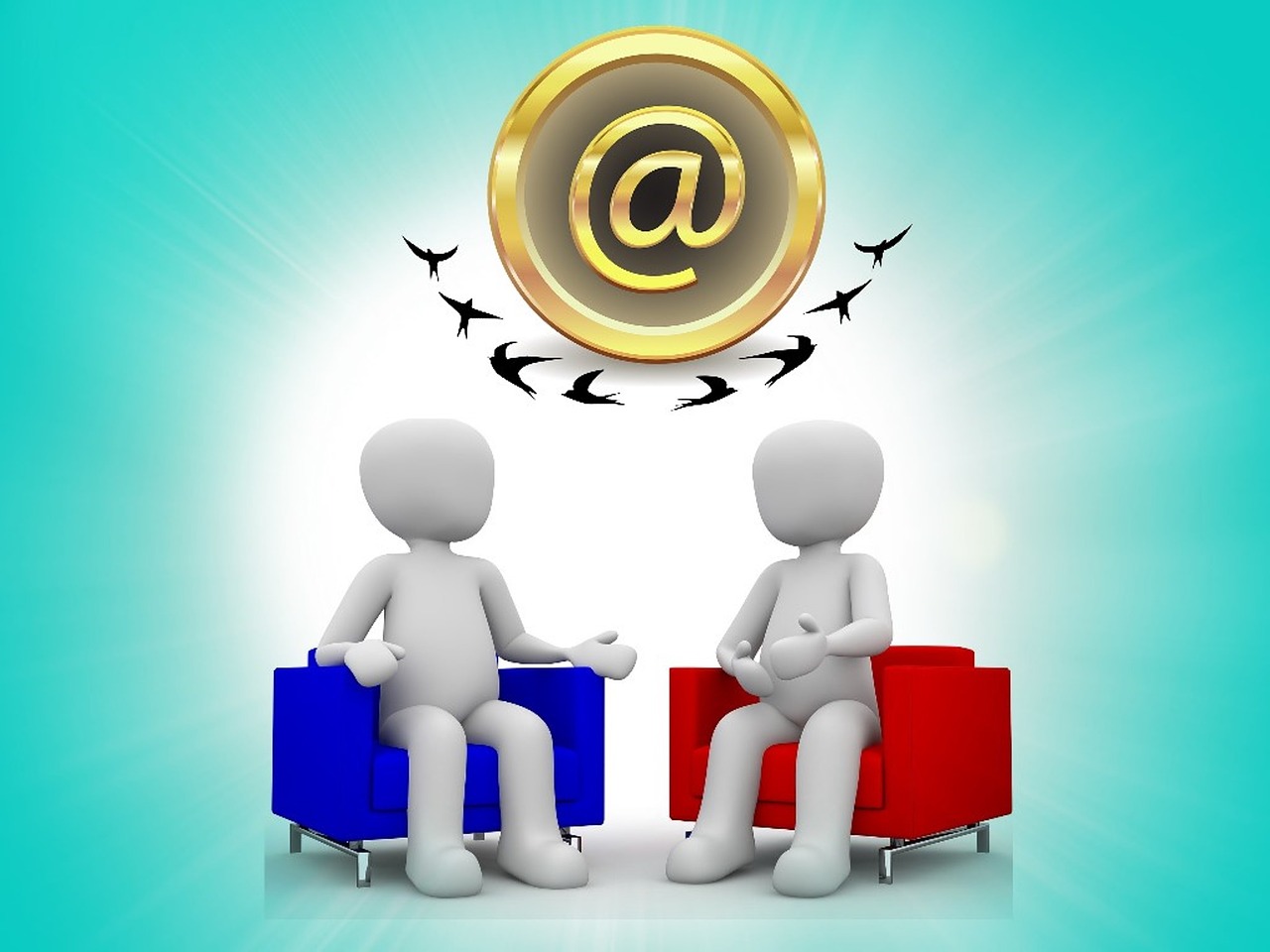 Caution: This post contains content that may be unsuitable for some readers who hate President Trump. Read at your own risk.

Yesterday I posted an answer to a veteran who dislikes President Trump. A fellow veteran for Trump posted a comment that contains a question for me. I will answer that question in this post.

MSGT Kelly , you are wasting your precious time trying to convince demorat activists and Trump haters that this impeachment is a demorat fraud and a coup, orchestrated by the likes of Trump Hating, wannabe Socialists, Communists, and Seditonists. Led by the Unholy Trinity of James Clapper NSA (who perjured himself before Congress about NSA not listening in on everyday Americans); John “Al Qudz” Brennan CIA, whose first presidential vote in 1984 went to Gus Hall a Communist Party USA candidate for president; and James ” Snitch Bitch” Comey, FBI.

Lest we Veterans for Trump forget, the face of and Poster Girls for the demorat party:
Ilhan Omar, a virulent anti- America, anti-Jew and anti- Christian hating Somali bigamist; who, along with Rashida Tlaib, another anti American, anti Trump, Jew hating Palestinian poltroon; and Maxine “James Brown’s Wig” Watters, who gives new meaning to the words ‘racist moron’.

Regarding the Clintons, who made their Clinton Foundation the BIGGEST and Most corrupt SLUSH FUND ever, 7 percent goes to charity, 93 percent into the Clintons greedy hands, even the NY Times called them out for the lairs and thieves they are.
https://www.nytimes.com/2015/04/24/us/cash-flowed-to-clinton-foundation-as-russians-pressed-for-control-of-uranium-company.html

This brings this proud Veteran for Trump to the question: What the hell are Trump Hating, Trump supporter hating demorats, doing on our Veterans For Trump” web site? They belong on sites like Antifa, SPLC, Demorat Socialist Workers Party, and other America, Veteran, and Trump hating demorat web sites, where their bovine excrement is mothers milk.

“Vets-for-Trump” should be for those Veterans who support President Trump, Love and Served our beloved country, stand for our Flag and Anthem, and refuse to be intimidated by a Fake News media and a party of cowards, who hate the President and know they cannot beat him in 2020.

Open the Toggle above for the complete context of Norm’s question which is: “MSGT Kelly, you are wasting your precious time trying to convince demorat activists and Trump haters ….. This brings this proud Veteran for Trump to the question: What the hell are Trump Hating, Trump supporter hating demorats, doing on our Veterans For Trump” web site?“

Norm and all who have questioned this in the past,

You are not the first and I doubt the last that questions my reasoning. I will approach the answer from at least two points of view, personal experience and philosophical belief.

Personally I was once a registered Democrat. I was also an agnostic who studied world religions at a young age. Later in life, I became convinced that a more conservative view of life was a better path forward and registered as a Republican. For a short time before that I was a registered Independent but in my state Independents could not vote in Primary elections. At some point, after becoming a conservative I also became convinced that Jesus was who He said He was and became a Christian. If I was brought out of political and religious darkness into the light it is possible for others.

Philosophically I came to the conclusion that someone cannot win an argument without engaging in it. That seems like a no-brainer. It is not like I or anyone came to the conclusions we have without hearing both sides of a debate. As veterans we also took an oath to defend the Constitution. That includes free speech. I know this is an area I can restrict since it is a Vets for Trump website, but I choose not to do so. I also try to answer real-life example questions and wrong statements. Otherwise, I could be accused of setting up “straw man arguments” by the left. I also believe we have a responsibility to the truth.

Some believe we should ignore those who disagree with us. While I do not allow Trump haters to post articles I do allow them to comment. If a comment appears to have a broad consensus of belief and it is wrong I attempt to set the record straight. After reading Jon’s comment I understood that it was the same thing I was hearing from the left all day and it was wrong.

The goal here is not to win the far left. The goal is to win the middle ground. The middle can be won by pointing to the actual thoughts and goals of the far left. Sometimes it is helpful to cite a real example, like Jon’s comment.

I believe many of our readers are in the middle. I base some of this reasoning on the fact that we are averaging 20 to 25 thousand visits a month to the website. Of those visits, there are between 49 and 82 thousand pages viewed. Statistically many of those visitors would fall into the persuadable middle.

Websites and blogs are much more effective when compared to Social Media as a tool for education. A higher percentage of intellectuals and those searching for the truth read websites, not Social Media. When was the last time you searched Social Media to answer a question you had? I’m not saying Social Media is a bad thing. It does a great job of creating a community for those with a particular point of view.

In the end, if we are to be intellectually honest we must allow the other side to have a voice.

Granted. Still, when two opposing sides of an argument engage in logical, reasonable, and/or commonsensical discourse then there is an overwhelmingly positive chance that a common understanding can be achieved. Anything other than that does nothing but cloud the waters and in essence, cheapen the subject matter. MSG Kelly, please trust me when I say that I genuinely respect and appreciate what you do here on V4T. It is so incredibly refreshing to come here and see like minded individuals stand up for what they believe as it seems that doing so on many other more well-known social platforms equates… Read more »

Hi Michael, thanks for your comment. I get what you are saying. However, most of what I post is in contrast to the wrong-headed ideas of the left. I may not always cite an actual veteran from the left. Again, if I did not let them have a voice I could be accused of setting up straw man arguments. I have a certain epistemic responsibility to remain credible in the examples I cite. Intellectuals should make themselves responsible for searching for the truth and exposing lies. We cannot expose the lie unless we cite the example. You may notice I… Read more »

Point taken. Thank you for all you do MSG Kelly. MAGA! Trump/Pence2020!

Mike – Hate to admit it, but I do agree with your Post and you are right! IF we Veterans for Trump believe in our Constitution which we “swore to Protect and Defend”, then Freedom of Speech applies to everyone. Your logic and openness should be a lesson not just for us, but for those who hate our Commander-in-Chief and US. Unfortunately, I doubt if those on the left will ever stop hating the President or us.
Si Vis Pacem, Para Bellum – Pray for Peace, Prepare for War.

Thank you Norm. PS I love “Pray for Peace, Prepare for War”!!! I was brought out of political darkness by hearing both sides and becoming convinced of the truth. God, in His infinite kindness, brought me out of spiritual darkness by his Holy Spirit. That came by hearing the atheistic point of view and then hearing the Word of God. If I had not heard one I would not have heard the other. I fought it for a long time but in the end, God wins! Matthew 13:24-30 New American Standard Bible (NASB) Tares among Wheat 24 Jesus presented another… Read more »

The traitors are the ones who, when this is all done and dusted, will sit in the dock at some new Nuremberg trial and claim their innocence of the worst charges and penalties not by claiming their actions were “just following orders” but that they were “just following Trump.”
Rick Wilson is a GOP political strategist and author of the forthcoming book “Running Against the Devil: The Plot to Save America From Trump — and Democrats From Themselves.”

Good grief PJ. I have a very good veteran friend of 30 years, a Trump supporter who suggests the same type of conspiracy theories as you just stated above only the reverse. He is like a brother to me. He even promises me there will be executions for the traitors like Clapper, Comey and others. I tell you what I tell him. You will not gain credibility in the real world by suggesting such drivel. I know there is no getting through to either of you. As a matter of fact, I learned to try to argue with deeply entrenched… Read more »

And yet ANOTHER leftard shows his/her ignorance. I got news for ya, cupcake. President Donald J. Trump isn’t going anywhere. He’ll be YOUR PRESIDENT for the next 5 years and the best part of it all is this: there isn’t a damn thing you or any of the other leftards can do about it. Enjoy! 😉

Infamy is made possible by an UNARMED and UNEDUCATED populace. Here’s an AWESOME site which describes what happens when people let their government walk all over their right to protect themselves…https://foac-pac.org/When-A-Population-Is-Disarmed:-A-Brief-History-Of-Tyranny/News-Item/7301