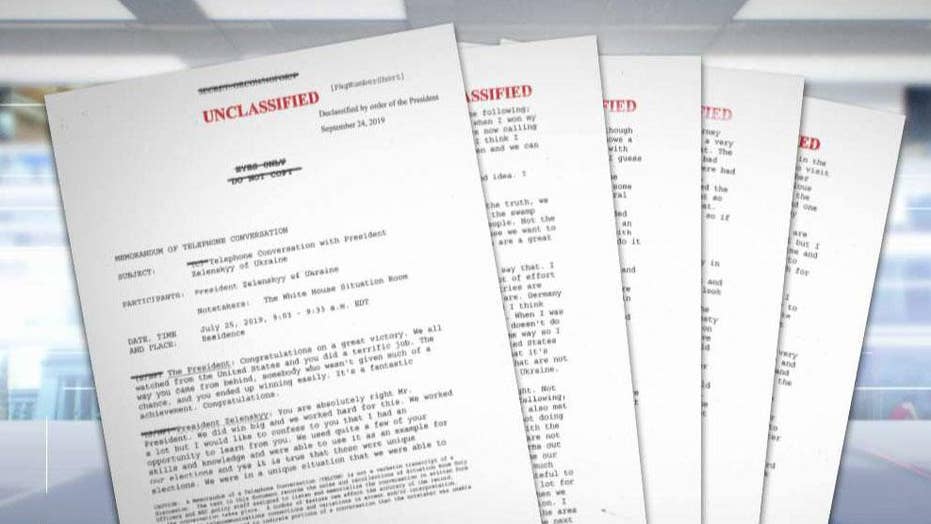 Being aware that this whole impeachment thing is getting into the weeds, it might be best to keep it simple. There are a lot of people rendering varied opinions on both sides. One thing that strikes me is Americans are so easily swayed by talking heads from both sides of the political aisle. We do not read the actual words but we will listen for hours to opinion. It only takes about 5 to 10 minutes to read the entire transcript also known as a memorandum. Click here for the PDF or click here to read online from CNN. PS I checked the version on CNN to make sure it was accurate and it is. I hope that satisfies the left and the right.

Here is an interesting quote from Wikipedia:

While there have been demands for the impeachment of most presidents, only two—Andrew Johnson and William J. Clinton—have actually been impeached, and both were acquitted by the United States Senate and not removed from office. Removal requires an impeachment vote from the House of Representatives and a conviction from the Senate. Impeachment proceedings against Richard Nixon made it out of committee, but he resigned before the actual debate on the floor of the House began. Every President elected since 1980 has been the subject of at least one resolution introduced into Congress with the purpose of impeachment.

You would think the demands to impeach President Trump are unique. Sadly, that is not the case, as Wikipedia points out.

We also do well to remember what President Gerald Ford said about impeachment:

An impeachable offense is whatever a majority of the House of Representatives considers to be at a given moment in history.

Most of us want to see a clear cut crime before hearing Congress is wasting their time on impeachment.

Here is a quick anecdote. I was on a live radio program around 25 years ago. A co-worker was listening to it in his car on the way home from work. The next morning he came in and started slamming me for things that I presumedly said. Luckily, a friend recorded the conversation. He brought it over at lunchtime to prove to my co-worker that I said nothing of the sort.

I mention this to illustrate that even people who hear things first hand often get it wrong. Some who heard my co-worker’s accusations believed his side without hearing the original words. Others said that it doesn’t sound like something Mike would say. Until the actual words were played back there was no figuring out what was really said. I suggest you do the same and read the transcript.

When a crime is committed most average Americans can see it. After reading the transcript please explain the crime to the vast majority of us. Do not read into it. That is what the talking heads on both sides are doing. Feel free to comment only after you have read the transcript. What do you really think?

The Democrats will have to get the timeline straight before they believe this lie. The call was on July 25. The Ukrainians didn’t know about the aid being withheld until late August, and the aid was released on September 11.
https://time.com/5686788/ukraine-no-connection-aid-biden/

The agency announced the sale Thursday after notifying Congress, where the leadership gave initial approval earlier this week.